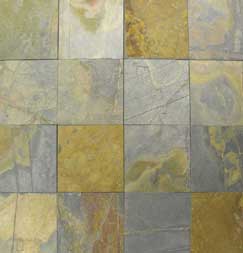 Rosemary Sadez Friedmann of the Naples Daily News says that pattern is more prevalent in a space than you might be aware of.

She points out that even in a monochrome room, patterns are formed by the shape of the windows, the walls, the doors, and even the way that the planks, tiles, or threads of your flooring relate to one another.

This is absolutely correct. Pattern is everywhere. The architecture of a space, no matter how stark, still creates an underlying pattern that shapes the way the entire home will eventually look.

It may be as subtle as the difference between a square canvas and a round canvas, but to an artist that canvas is the entire world, and its limitations determine everything that will happen within the piece.

So, you have a home, and it has an underlying pattern. Now your job is to create details which blend in with, and even enhance, this natural structure.

This is where choice begins. Some people love wading into a pattern war in which varying colors and designs crash against one another in a violent and intense design. Of course, more often than not, such a room ends up being confused, and crowded.

Other people prefer to be minimalist in their pattern choices. They use solid colors, and have a only a few accent points, set against a subdued backdrop. While such a room is trying to be simple, and clean, it can easily end up stark and boring.

By having a color pattern or plan in place that you know works, you can choose walls, floors, and accessories without having to agonizing over clashing colors.

This entry was posted on Sunday, September 30th, 2007 at 9:52 pm and is filed under Colors. You can follow any responses to this entry through the RSS 2.0 feed. You can leave a response, or trackback from your own site.